Worldpriest participates at the World Meeting of Families 21-26 August 2018, in Dublin’s RDS 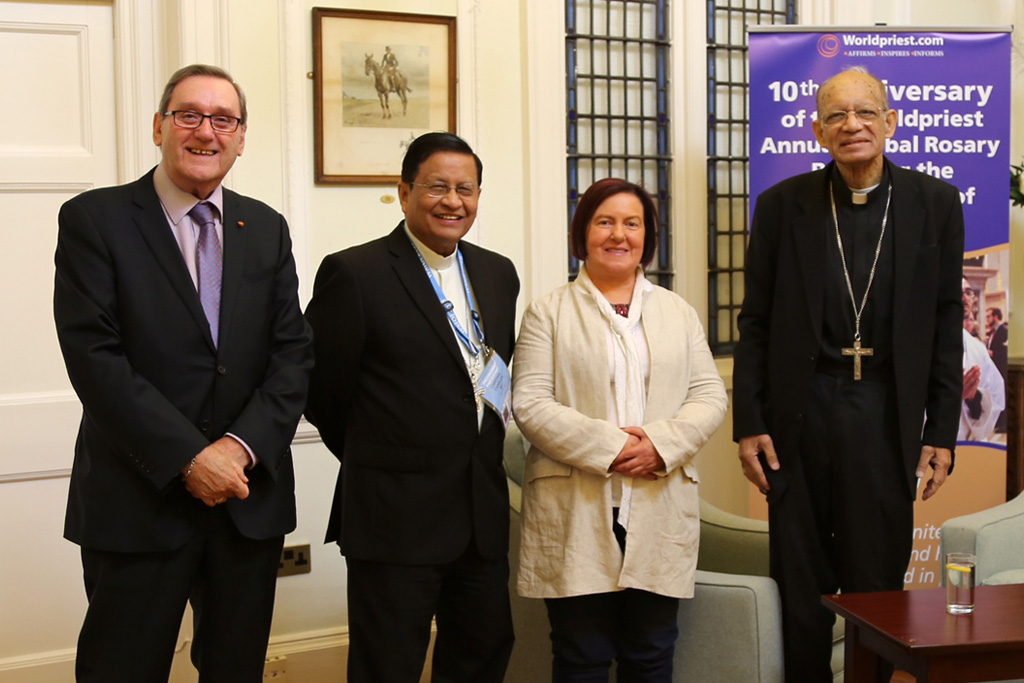 Worldpriest participates at the World Meeting of Families 21-26 August 2018, in Dublin’s RDS

Worldpriest participated fully at the World Meeting of Families, which took place on 21-26 August, at the Royal Dublin Society (RDS). In a specially set up studio within the RDS the Worldpriest team –with full media accreditation – filmed a series of interviews with high profile participants at this joyful and uplifting event. These high quality videos will be placed on the Worldpriest website over coming weeks. People included in these productions are His Eminence Cardinal Oswald Gracias of Bombay, India, Archbishop Michael Neary, who is episcopal adviser to Worldpriest and Fr Leo Patalinghug who uses his gift as a celebrity chef to carry out his ministry.

This hugely successful event in Dublin gave the Worldpriest team a perfect opportunity to meet priests from all over the world. Many were already familiar with our apostolate and there was great praise for the continued progress of the Worldpriest Global Rosary Relay for the Sanctification of Priests, which they believed was needed more than ever uniting a world in prayer. ‘A world at prayer is a world at peace’ – Venerable Patrick Peyton.

All expressed their gratitude for the work of our apostolate and commented on the quality of our website. The Rosary Thursday initiative and the Daily Priest Prayer Friend feature both drew special praise from a number of priests. There was also great interest expressed in the content, quality and creativity of our promotional material. Many made suggestions for new web content and new prayer locations were also identified through these discussions.

This extremely well planned event provided many opportunities for Catholics, especially families, to strengthen their faith. The opening mass, celebrated by Cardinal Gracias of Bombay, was also concelebrated by cardinals, bishops and priests from all over the world.

Of course the most outstanding feature of this great event was the arrival of His Holiness Pope Francis in Ireland, the first visit by a pope to Irish soil in forty years. He paid a scheduled visit to Ireland’s National Marian Shrine at Knock in County Mayo as part of his visit. 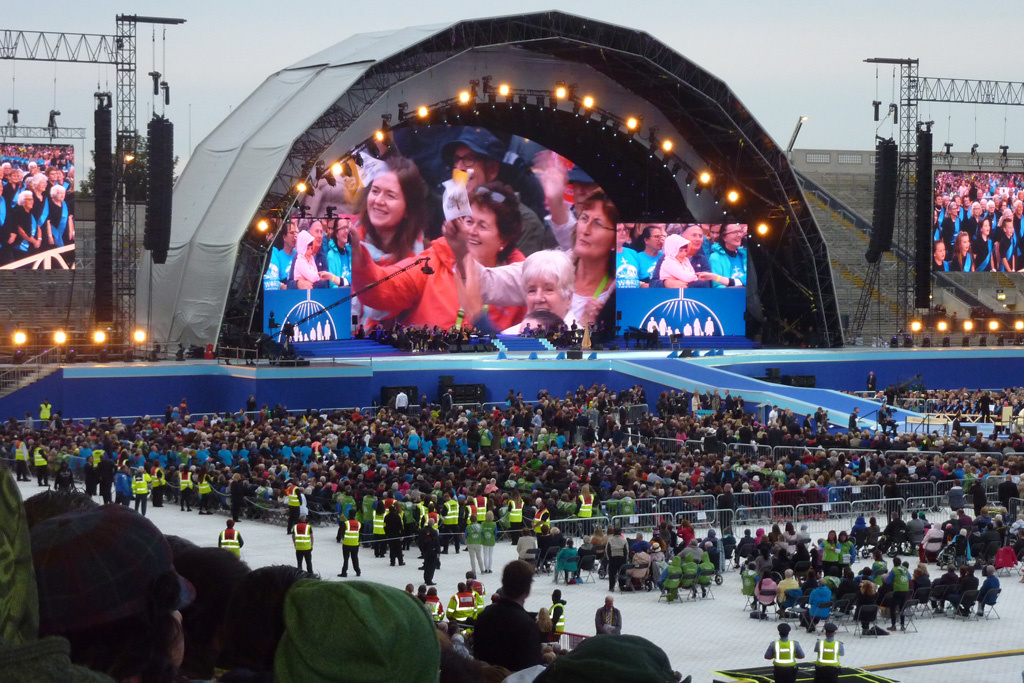 A special Festival of Families concert in his honour took place at Dublin’s Croke Park. This truly amazing spectacle included an appearance by the Riverdance troupe and a performance by world-renowned tenor Andrea Bochelli.

The culmination of the visit by Pope Francis – which focused the attention of the world’s media – was a Papal mass in the Phoenix Park, which drew a huge crowd despite the adverse weather conditions. This mass took place at the same site in the Phoenix Park where St John Paul celebrated mass in 1979. 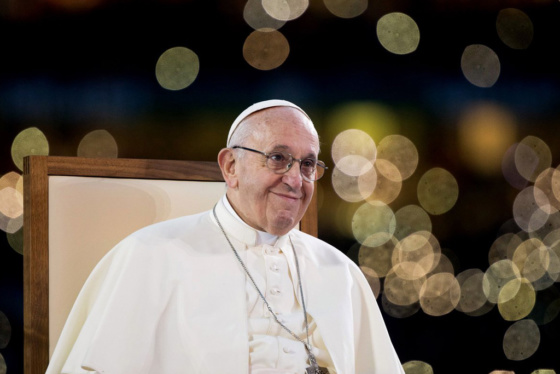 ‘God wants every family to be a beacon of the joy of his love in our world’.

‘As a good Irish priest taught us, “the family that prays together, stays together” and radiates peace. In a special way, such a family can be a support for other families that do not live in peace.’

‘Who can tell how many hearts, of fathers, mothers and children alike, have drawn comfort and strength over the years from meditating on Our Lady’s participation in the joyful, luminous, sorrowful and glorious mysteries of Christ’s life!’

‘Amid the storms and winds that buffet our times, may families be a bulwark of faith and goodness, resisting, in the best traditions of this nation, all that would diminish our dignity as men and women created in God’s image and called to the sublime destiny of eternal life’.

Share This
Previous Post
The Shrine of Our Lady of Dublin, Whitefriar Street Church
Next Post
Worldpriest founder to speak at Our Lady of Good Help shrine, Green Bay, Wisconsin