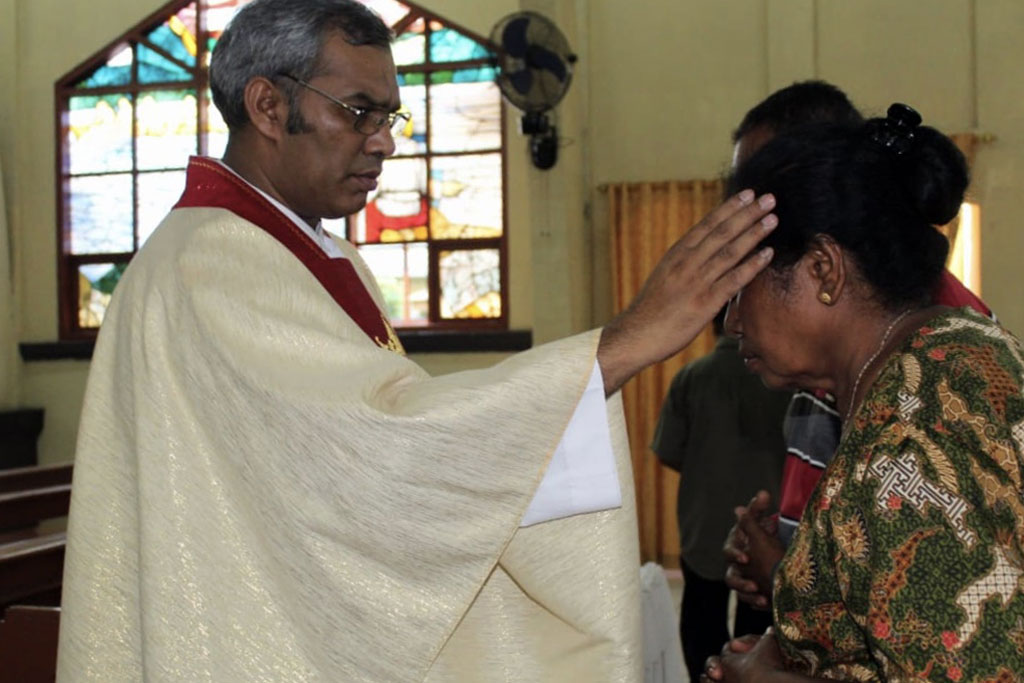 Mission Lands is a new initiative by Worldpriest that reaches out to priests, lay faithful, religious, families and young people who will contribute captivating content on a monthly basis.

You will receive real-life experience from home lands and foreign lands, with stories from around the world for readers to reflect upon covering evangelisation, catechetical, pastoral, intellectual, human and spiritual outreaches.

The first contribution comes from our Worldpriest Representative for Indonesia and Pakistan, Father Mushtag Anjum, Mi.

Should you wish to contribute to this new, exciting, though at times challenging section, please email Worldpriest Global Apostolate at info.worldpriest@gmail.com. We would be delighted to welcome you as a contributor and we hope you enjoy exploring new horizons in the spiritual and religious world. \lsdsemihidde

END_OF_DOCUMENT_TOKEN_TO_BE_REPLACED 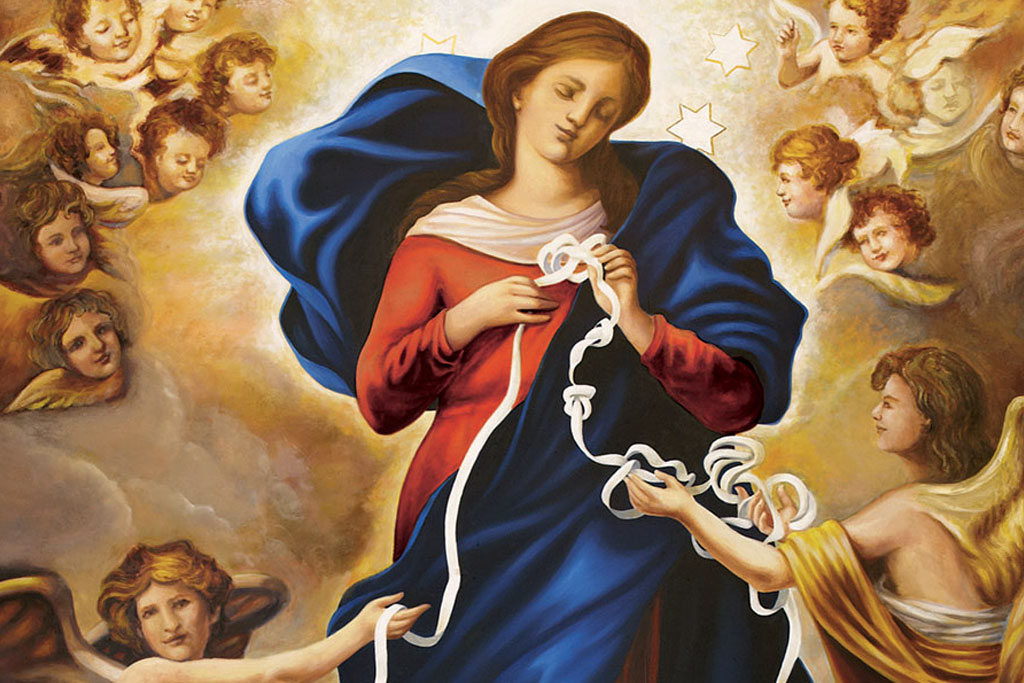 The devotion to Our Lady Undoer of Knots is known around the world and more and more people from all races are becoming devoted to the one who can undo the knots of our lives.

But what are these knots?

They are the problems and struggles we face and for which we see no solution.

Knots of discord in your family, disrespect, violence, the knots of deep hurts between husband and wife, the absence of peace and joy at home. They are also the knots of anguish and despair, dissolution of the family, the knots of a drug addict son or daughter, sick or separated from home or God, knots of alcoholism, the practice of abortion, depression, unemployment, fear and solitude – the knots of our life! How they suffocate the soul, beat us down and betray the heart’s joy and separate us from God.

The devotion to Mary Undoer of Knots is not new. It is more than 300 years old. However, it is

not based on an apparition of the Virgin Mary to a person like in Lourdes or Fatima, but rather it is a respected devotion as many other in the Catholic Church, despite the fact that the Virgin Mary is only one.

How was this devotion started?

To show us the mission granted to the Virgin Mary by Her Son, an unknown painter in 1700 painted Mary Undoer of Knots with great grace. Since then his painting has been adored in the Church of St. Peter in Perlack, Germany. Its inspiration was the result of St. Irineus’s meditation. He, who in the light of the parallel made by St. Paul between Adam and Christ, created the comparison of Eve and Mary saying:

‘Eve, by her disobedience, tied the knot of disgrace for the human race; to the contrary, Mary, by her obedience, undid it’.

The painting shows an angel giving the Virgin Mary a ribbon full of knots, which represents the ribbon of our life and our problems. Mary interceding for us with Jesus, undoing with love and mercy the knots and another angel receives the plain ribbon with no knots, which has been undone by our Holy Mother. The knots are undone with our prayers described in an infallible Novena.

The devotion to Mary Undoer of Knots is known in many different countries, and the Novena is printed in nineteen languages and in Braille. More than 1,700,000 copies were distributed and it has the Cardinal’s ecclesiastic approval, receiving the ‘NIHIL OBSTAT and IMPRIMATUR’.

This Novena is known around the world … and can change your life.

Why a Novena?  Why nine days?

Mary stayed for nine days surrounded by the apostles in the cenacle, praying for the presence of the Holy Spirit.

In this persevering prayer she taught us the constancy of faith and ardour, in order for us not to be discouraged about a request directed to God. The Mother of God prayed and gave courage to the apostles to pray for nine days, in order to receive the most important and precious treasure for human life – The Holy Spirit.