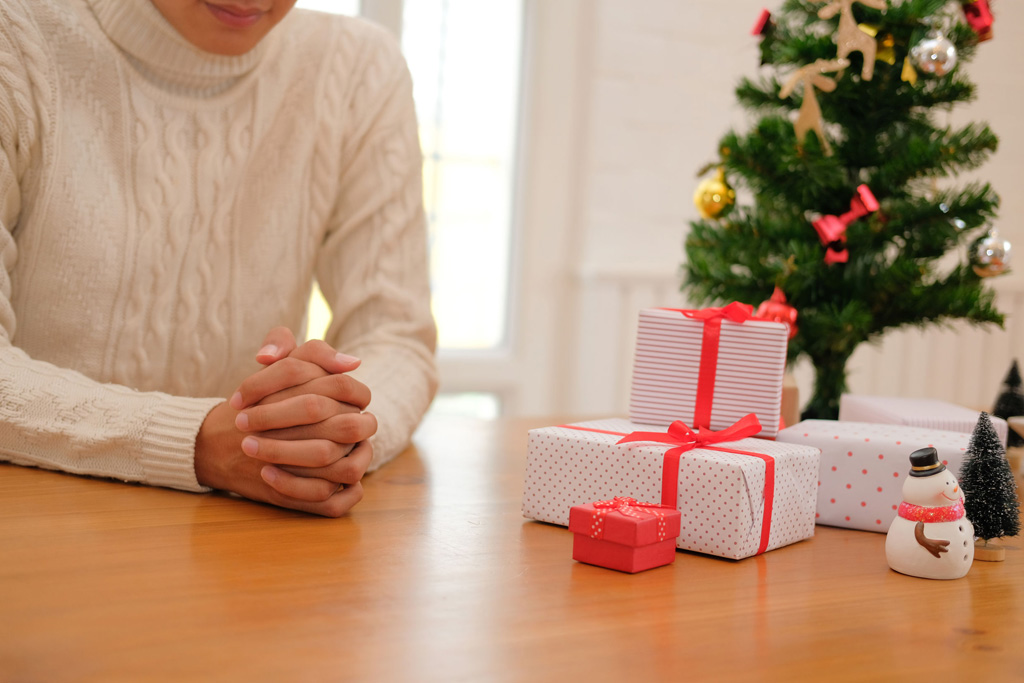 Any time of year, especially during the holidays, the most precious gift you can give the young or the old; the rich or the poor; the near or the faraway; is your prayer.

We all have family and friends that are struggling. Give them the gift of prayer for Christmas. For those family members that have so much materially, they too will benefit from your gift of prayer. And now you have the opportunity to pray for your family as part of a large prayer community (guild).

A very special global Guild has been established in honor of Father Patrick Peyton, C.S.C., (1909 – 1992) who was the worldwide Church’s advocate for family prayer, especially the Rosary. Father Peyton is a candidate for sainthood and it is hoped one day he will be revered as the “Saint for Family Prayer.” Together Guild members pray for their own personal intentions and for the advancement of Father Peyton’s cause for sainthood.

Last year on December 18, Pope Francis promulgated the decree recognizing the heroic virtues and sanctity of life of Father Peyton, recognizing him as Venerable by the Roman Catholic Church, the second of the four stages to sainthood.

During Father Peyton’s 51 years of priesthood, he advocated for families by preaching two powerful and memorable messages, “The Family That Prays Together Stays Together” and “A World at Prayer is a World at Peace.”
The power of prayer is increased, “wherever two or more are gathered,” even if we are connecting digitally! Please consider joining this special prayer community. There is no fee and the only requirement is your commitment to pray. Experience the power, gifts and comfort of a praying community.

A special website has been created to inspire families, share the story of Father Peyton’s life, learn about his Cause for Sainthood and The Father Peyton Guild, www.FatherPeyton.org. There is all the information you need and an online application to join the Guild as well. You may also contact The Father Peyton Center, 518 Washington Street, N. Easton, MA, 02356 USA or by calling (508) 238-4095.