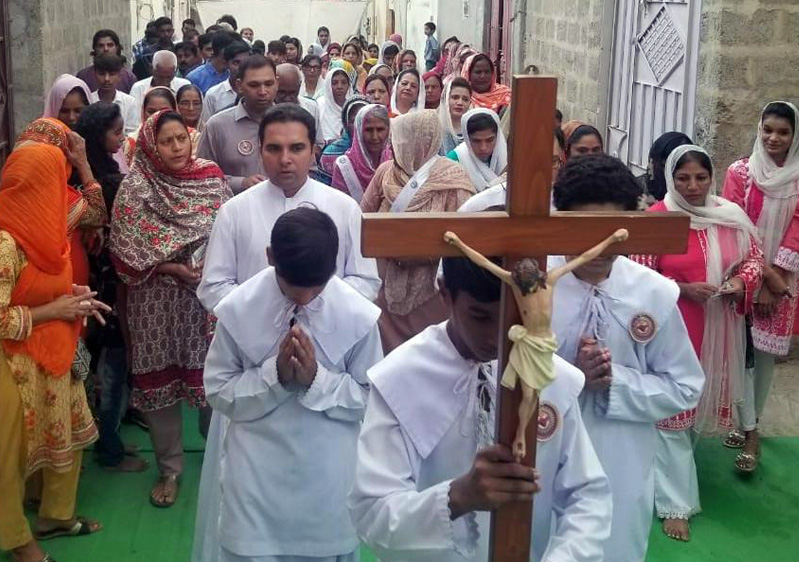 When the 24-hour Worldpriest Annual Rosary Relay for the Sanctification of Priests ended this year, every priest worldwide had been prayed for during this global prayer event, which in 2019 celebrated its tenth anniversary. Millions of people in no less than 260 prayer locations dotted around the globe participated in this professionally planned event, all coordinated by the Worldpriest team.

It would be impossible for Worldpriest founder Marion Mulhall to thank all the wonderful people at the 260 prayer locations worldwide who contributed yet again to this year’s prayer event with such dedication, hence Marion personally wishes to take this opportunity to congratulate each and every one of you who made it all possible through your prayer-filled enthusiasm and loving devotion to Our Lady in praying the Rosary for her priests. The original inspiration received ten years ago of ‘20 countries 20 mysteries’ has now become a huge spiritual phenomenon of global proportions. 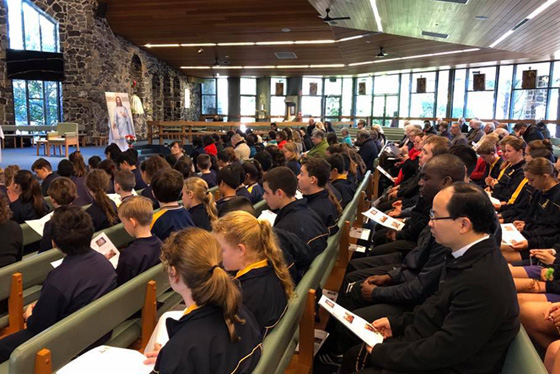 Marion would also like to extend a sincere thank you to our Worldpriest partners EWTN (Eternal Word Television Network), who promoted the event so widely for all of the ten years through their extensive networks, and carried so many live broadcasts worldwide in celebration of the tenth anniversary. Thank you Peter Gagnon and team.

The Worldpriest Global Rosary Relay website navigation section will give you a sense of how many people from all over the world participated in this unique event at: https://www.worldpriest.com/participating-prayer-location-list/ . Cardinal Gracias, Archbishop of Bombay, India, commenting on the relay had this to say: ‘The Global Rosary Relay calls priests to be Good Shepherds.’ 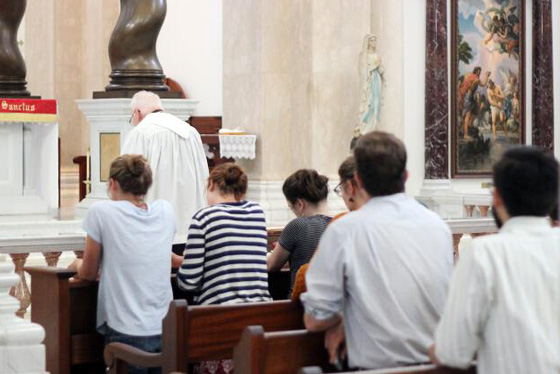 Thomas Aquinas College Santa Paula, California, which participated for the first time this year, was also the first Catholic College prayer location ever to take part. The college chaplain Father Cornelius Buckley SJ remarked on how people attending the campus church took their allocated time slot during the relay very seriously, noting that two minutes before the appointed time there was almost nobody in the church, but as soon as the designated time arrived the church was almost full, saying: ‘And now look how many of you there are. This, to me, is a sign that you are all filled with the Spirit!’

The level of participation in Arquidiócesis de Santiago de Guatemala was particularly impressive, with fourteen locations in fourteen different parishes taking part throughout their archdiocese, with live television, radio and Facebook broadcasts that could be seen by the entire nation. 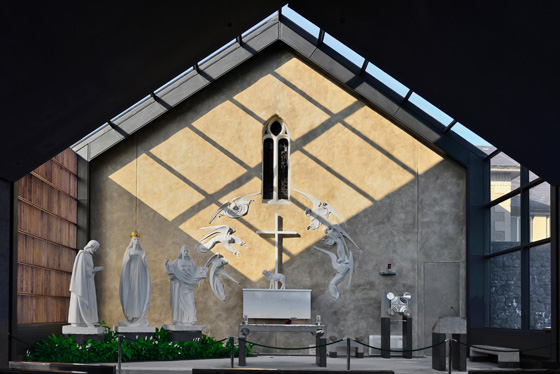 At Knock, Ireland’s National Marian Shrine in County Mayo, the Global Rosary Relay was prayed at the appointed time, followed by a wonderful celebratory Mass. Father Richard Gibbons rector of the Knock Shrine Basilica was the main celebrant, along with Worldpriest Chaplain Father Barney McGuckian SJ who concelebrated, marking the tenth anniversary thanksgiving Mass. View video here: https://youtu.be/aPRsxG8i8fs for the Sanctification of Priests. 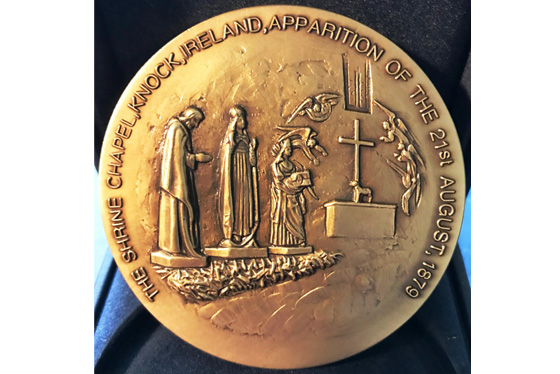 After the mass Father Richard Gibbons presented Marion Mulhall, founder and Niall Kennedy, chairman of the Worldpriest Global Apostolate, with a specially commissioned medallion to commemorate the vision at Knock on 21 August 1879. Father Richard said ‘I present this gift to Marion and Niall in recognition of your great work with the Global Rosary Relay, for your courage and your commitment over ten years. Keep at it, keep it going.’ 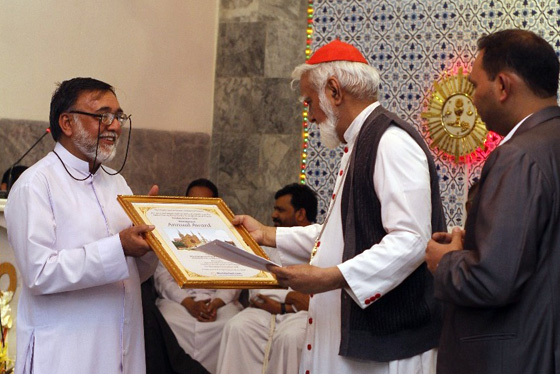 The annual Worldpriest Global Rosary Relay Award will be announced over the coming weeks to the most deserving prayer location, having met the set criteria of outstanding promotion, participation and prayer on the day. Last year’s winners were Pakistan, who so greatly deserved to receive this prestigious award for outstanding outreach promotion and prayer, in a country with such a small though most devout Christian population.

Please enjoy a selection of videos on our website from some prayer locations worldwide. For example Australia, Malta, Sweden, Puerto Rico, the USA and Ireland https://www.worldpriest.com/video/

The next Annual Global Rosary Relay takes place on 19 June 2020, so let us prepare by praying a daily Rosary for Priests with a special focus on Thursdays, as Every Thursday is Rosary Thursday when the world prayers the Luminous Mysteries, gifted by Saint John Paul II to the world.
Visit https://www.worldpriest.com/rosary-thursday/ as we prepare to expand to every parish in every country for the Global Rosary Relay on 19 June 2020.
.
Pray for us please. We really need your prayers. Thank you.

Share This
Previous Post
LIVE BROADCAST SCHEDULE FOR GLOBAL ROSARY RELAY
Next Post
Marion Mulhall, founder of Worldpriest Global Apostolate to speak at the shrine of Our Lady of Good Help in Green Bay, Wisconsin, again this year