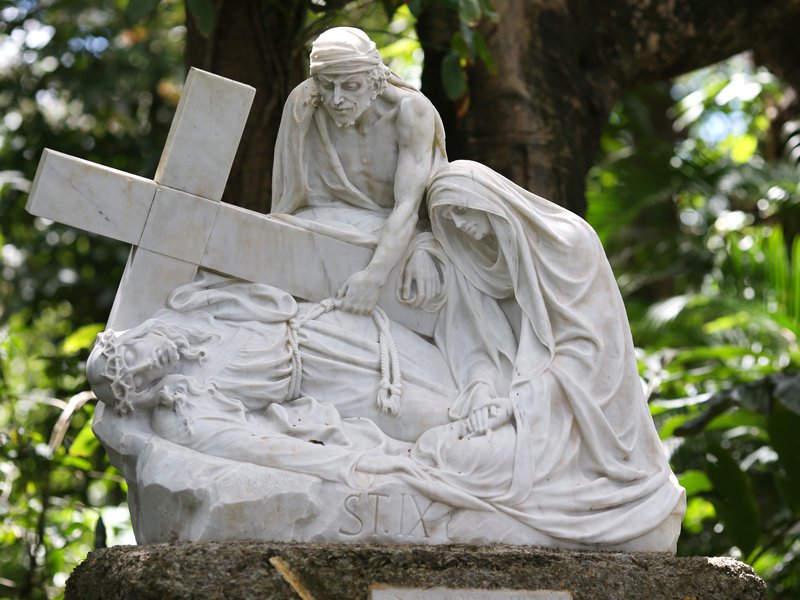 The Gruta de Lourdes Shrine was inaugurated on January 6th (Epiphany day) 1925. It was a gift of a married couple, Angel Rivero and Manuela Boneta Babel, who had received a special grace in their 1922 visit to the French shrine of Lourdes. The original chapel was designed by one of the first Puerto Rican architects, Francisco Roldán, with Spanish Moorish decorative elements. In 1926 the couple erected the Grotto itself. On the feast day of the Sacred Heart in 1928 the monumental Carrara marble Via Crucis, made by the well-known Italian sculptor Enrico Arrighini was blessed. It still stands where the 14 life-sized statues were erected.

Many pilgrims came to this shrine, which became a mission of the Trujillo Alto 1801 parish, until it was elevated to parish status in 1975. The Capuchins built a small concrete lock chapel with tin roof but with the new parish the faithful wanted to build a more spacious church. The new parish was then given to the Diocesan clergy. It was left unfinished when funds ran out in 1983. It was completed in 2009, and equipped with two Peruvian rederos, altar, ambo, and liturgical equipment in Baroque Colonial style, and various notable paintings. The main painting in the presbytery depicts Christ’s Descent into Hell. 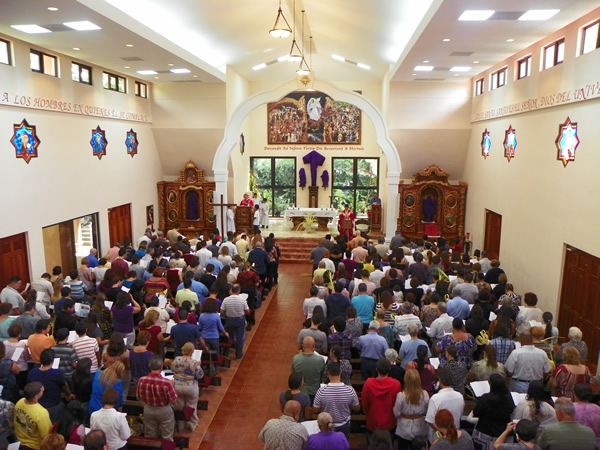 Presently the shrine welcomes pilgrims from all over Puerto Rico, who come on the patron saint’s day and also during Lent, specifically to pray the Stations of the Cross. It is presently the Eucharistic shrine of the pastoral region and the Blessed Sacrament is exposed during weekdays from dawn to dusk for adoration. St. Faustina’s relics are exposed for veneration at the original 1925 shrine.