Our Lady of Hostýn Czech Republic: Faithful Mother of Her Children 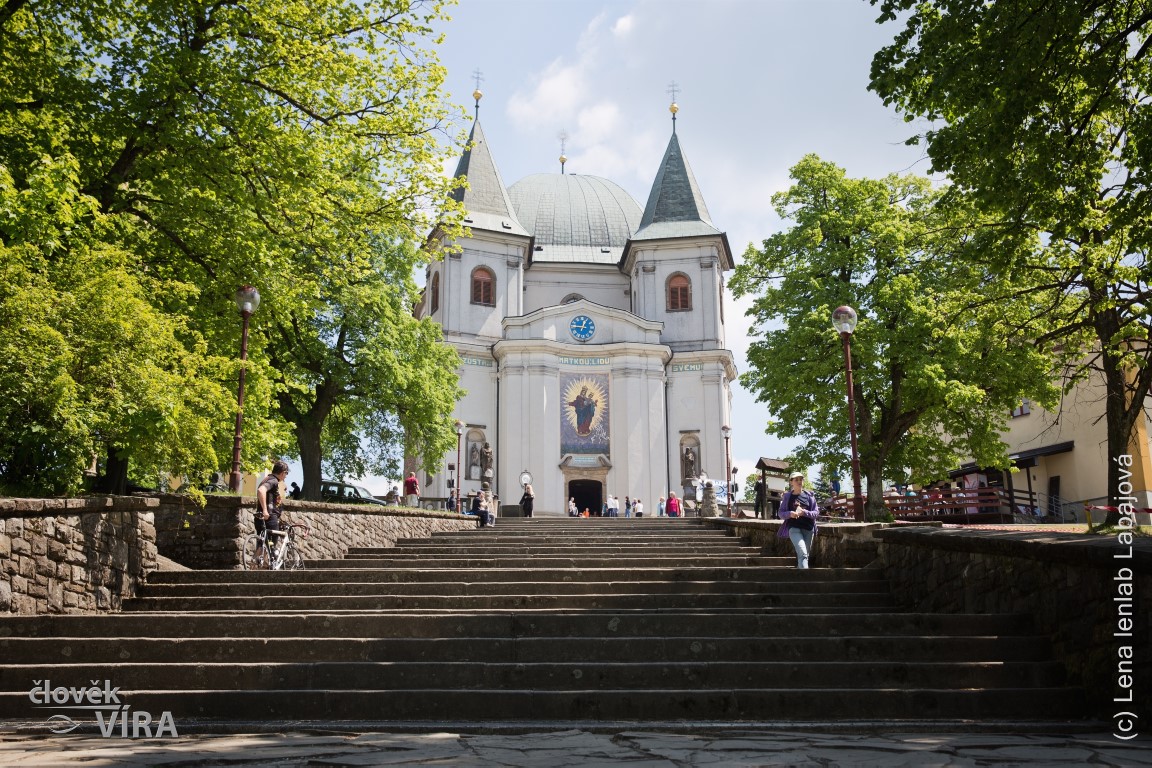 Our Lady of Hostýn Czech Republic: Faithful Mother of Her Children

There are several reasons why Svatý Hostýn is the favourite place of pilgrimage in the Czech Republic. The beautiful hilltop location that makes it one of the country’s highest situated shrines may be only one of them.

The mountain, rising up almost 400 metres above the surrounding landscape, has been an impressive reminder of the maternal care of Our Lady for many centuries.

Legend tells that people sought refuge here during the disastrous raids of the ‘Tartars’ in the thirteenth century. Fearful of the attackers and lacking water, they prayed to the Mother of God. A stream of water that gushed out from the ground and a storm with lightning that set the invaders’ camp on fire and drove them away were powerful answers to prayers – never to be forgotten.

The scene is depicted behind the high altar. The Mother of God is holding her Son on her left hand, while making a gesture of invitation with her right hand. Little Jesus holds bolts of lightning, directed against a military camp. The victory over pagans is symbolised by a crescent on which Mary stands.

The story of the miracle, first recorded in the seventeenth century, may be questioned by modern historians. The fact is that Central Moravia, with Hostýn as a significant landmark rising high above the nearby cities of Zlín, Kroměříž, Přerov and Vsetín, was the westernmost region affected by the Mongol invasion of 1241. There is little doubt that this campaign, led after the death of Genghis Khan against European countries, is what the ancient author meant by the ‘Tartars’.

Other historically verified facts concerning the significance of the mountain since pre-Christian times have been found by archaeologists. The settlement on Hostýn is testified as early as in the Bronze Age and it served as an important hill fort for the Celts, with parts of the fortification still to be found today.

The first mention of the name ‘Hostýn’ is recorded in 1544. Pilgrim processions to the mountain, believed to be ‘Svatý’ (‘holy’ in Czech), are first testified in 1625. The construction of a Baroque church was finished in 1748 but in just forty years the shrine was closed and pilgrimages banned under Emperor Joseph II of Austria. However, this did not prevent people from praying in the remnants of the church that had even been deprived of its roof. Official permission to reconstruct was issued only in the 1840s.

The ‘golden age’ of Svatý Hostýn started in 1881, when Antonín Cyril Stojan – a young priest who would become archbishop of Olomouc forty years later – founded an association to look after the location. Its members bought the hilltop plots of land, helped to introduce Jesuit fathers as spiritual administrators and started equipping the place with necessary facilities, including roads, stairways, hostels, a lookout tower and two sets of the Stations of the Cross. 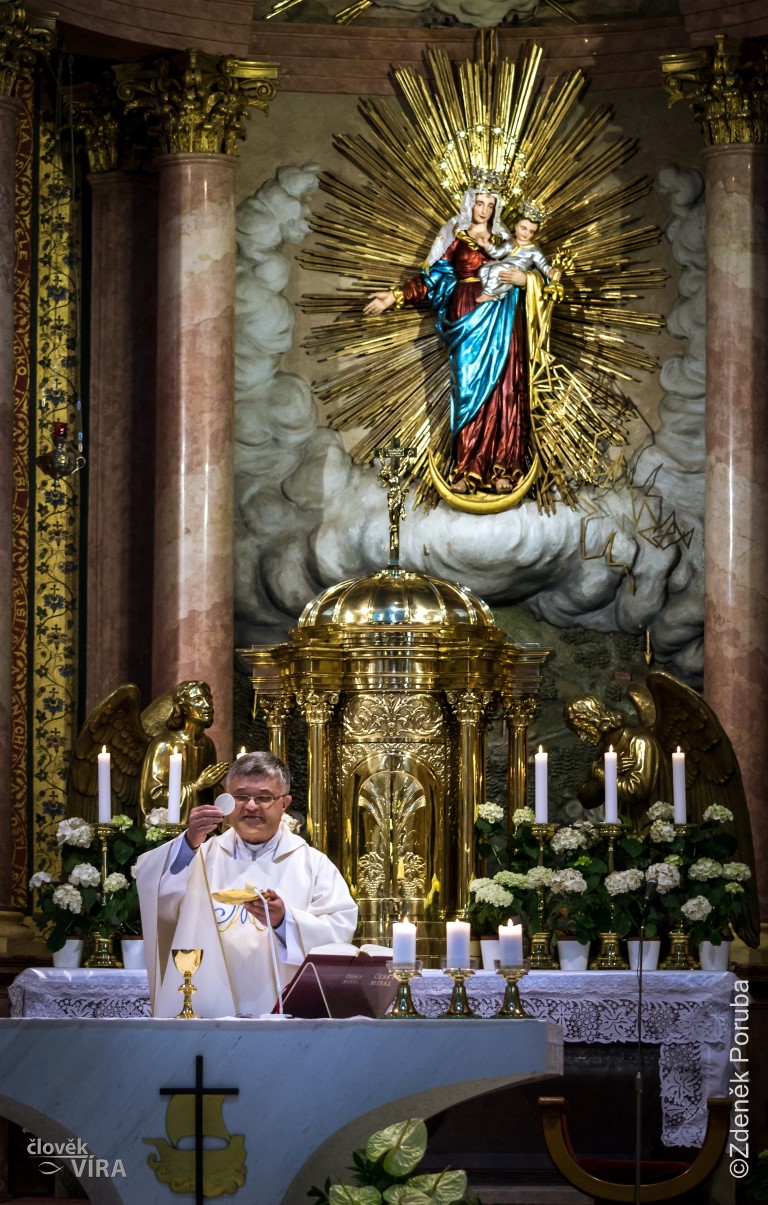 The association’s care was soon rewarded by increasing numbers of visitors. Some 500 pilgrim processions are attested every year by the 1890s and the consecration of the renovated church in 1891 attracted 100,000 people. The largest event, attended by 200,000 pilgrims, took place in 1912. On 15 August that year the statue of Our Lady with Jesus was decorated with crowns, having been blessed by Pope Pius X in Rome earlier that year.

The second ‘dark period’ started in 1948, with the beginning of the Communist regime. And again, not intimidated by persecution, people continued to come to the holy mountain. Their bravery was rewarded in 1982, when Pope John Paul II conferred the title ‘Basilica Minor’ on the shrine.

Following the fall of communism in 1989, great work has been done in renewing the place and developing its infrastructure to welcome pilgrims as well as tourists. They can choose from dozens of various pilgrimages – for families, business people, musicians, fire-fighters, teachers, people persecuted by Communism and many others – or just enjoy the surrounding countryside on a forested hill. Some 300,000 people come here every year to pray to the Mother of God, inspired by the words written in the upper part of the basilica’s façade: ‘Zůstaň matkou lidu svému’, meaning ‘Remain mother to your people’. 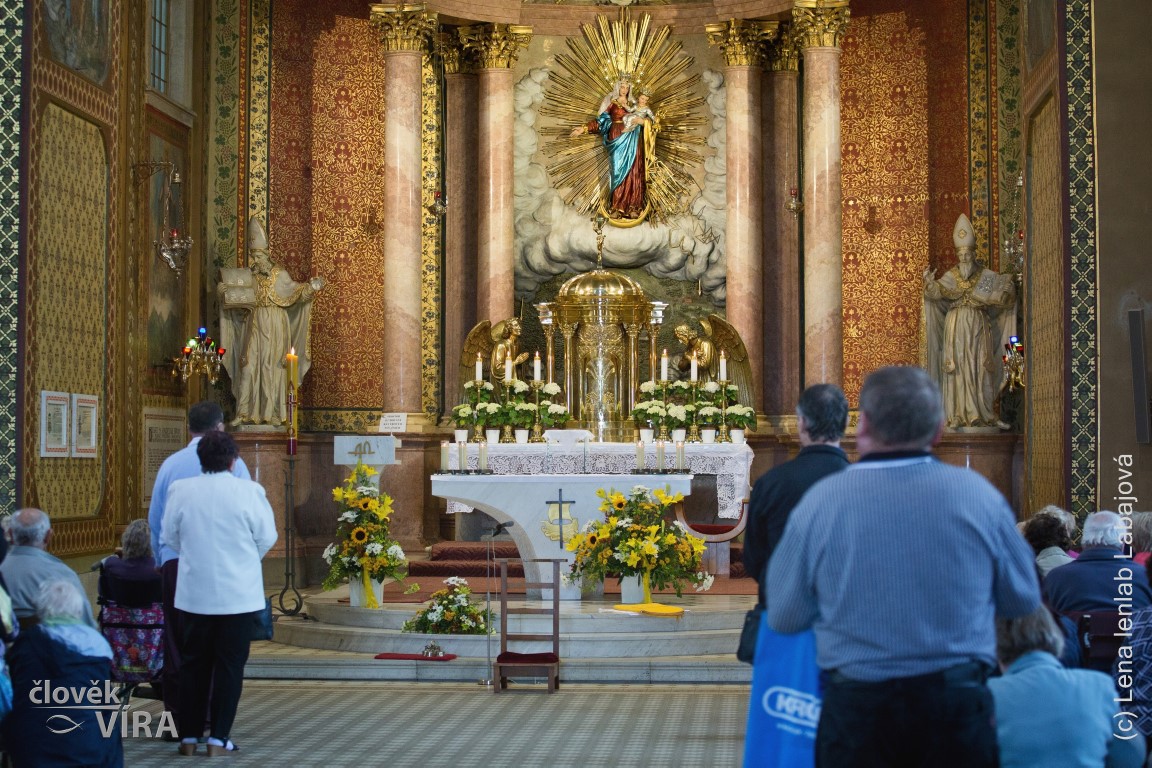